Some of the genes are there to take one from this life to the next ( the death gene if you like) and some are to take one to the near universe that is running along side this one.
If they continue into this research combining two universes is a double edged sword.

Some of us have seen and spoken and will be seen as mentally insane. I am writing what I have been told because if I were to have seen this then my safety would be in jeopardy.
Getting back to this death gene a person can switch this on when they have had enough. Yes one can wish there own demise and it will happen.
I have the wish to be here in at least 50 years from now. Being here after all ones family are gone would be a bit sad..
Playing with the building blocks of life is a good thing and also a bad thing as death is a great leveler.

Scientists must think as to where they want to be judged in the after life and this is something one must be personally responsible for.
Posted by Raef at 5:27 AM No comments:

Its gone the worlds largest didgeridoo was blown up today.
this is the post of a previous time.
This is the base of the largest chimney in the southern hemisphere. 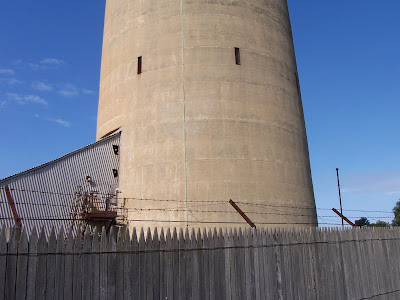 This image is looking up the chimney from the base. 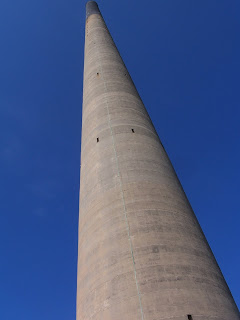 This is taken from hill 60 which is about two miles away.  The two story building to the left is Port Kembla primary school and was abandoned because of air borne pollutants. 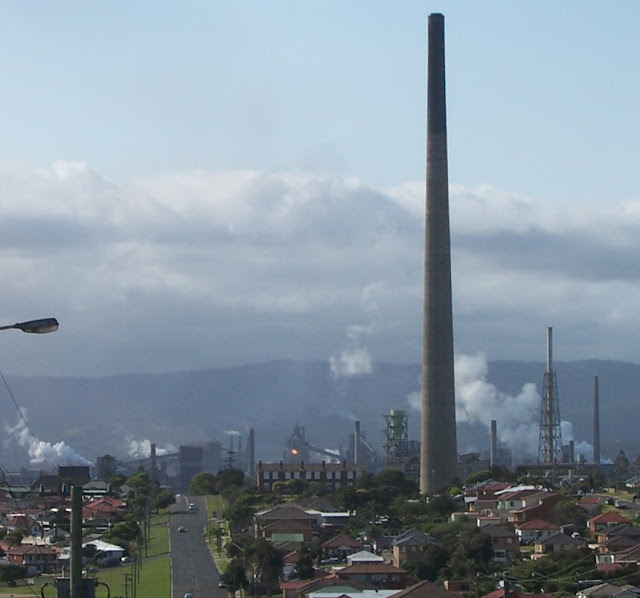 The factory was a copper smelter. Pollutants from the chimney were dispersed for miles around this site. The predominant winds were from the north east,  there was cancer cluster to the south west at a high school when the plant was in operation. What sort of council or government allows this to happen. That means a  ? should be asked and answer given to the ?
You can see it herehttp://www.abc.net.au/news/2014-02-20/port-kembla-copper-stack-demolished/5271956

I just watched the tough drug dealers on video as they were loaded into the Black Moria and noticed that one had shit himself. How tough is that. Check it out for yourself.
http://www.youtube.com/watch?v=Z3HVQKSm9OM
Posted by Raef at 3:46 PM No comments:

Why are there are detention camps at a railway line.
http://www.youtube.com/watch?v=A8Y5aZnRk00#t=314
Posted by Raef at 4:12 AM No comments:

Hundreds of model helicopters flying in sequence can stop a military air craft!
How you might ask?
If each of the hundred models carried a small chrome molly ball of say 3mm diameter and the aircraft flew threw the curtain of models then there would be a catastrophic failure if the jets engines caused by these small balls.
For a cost of say $10,000 a city could protect it's self from the ravages of marauding aircraft bent on destruction.
The technology is there already all that is needed is application.
Watch this space for up and coming news of these defensive weapons.
Posted by Raef at 3:05 PM No comments:

I say to you Americans you need to know. You think that the twin towers was not done by your government then look up REX84 in your search engines.
Or you can read it below taken from Wiki.

From Wikipedia, the free encyclopedia
Rex 84, short for Readiness Exercise 1984, was a classified "scenario and drill" developed by the United States federal government to suspend the United States Constitution, declare martial law, place military commanders in charge of state and local governments, and detain large numbers of American citizens who are deemed to be "national security threats", in the event that the President declares a "State of National Emergency". The plan states, events causing such a declaration would be widespread U.S. opposition to a U.S. military invasion abroad, such as if the United States were to directly invade Central America.[1][2][3][4][5] To combat what the government perceived as "subversive activities", the plan also authorized the military to direct ordered movements of civilian populations at state and regional levels.[6]
Rex 84 was written by Lieutenant Colonel Oliver North, who was both National Security Council White House Aide, and NSC liaison to the Federal Emergency Management Agency (FEMA), and John Brinkerhoff, the deputy director of "national preparedness" programs for the FEMA. They patterned the plan on a 1970 report written by FEMA chief Louis Giuffrida, at the Army War College, which proposed the detention of up to 21 million "American Negroes", if there were a black militant uprising in the United States.[1][7] Existence of a master military contingency plan (of which REX-84 was a part), "Garden Plot" and a similar earlier exercise, "Lantern Spike", were originally revealed by journalist Ron Ridenhour, who summarized his findings in an article in CounterSpy.[8]
Transcripts from the Iran-Contra Hearings in 1987 record the following dialogue between Congressman Jack Brooks, Oliver North's attorney Brendan Sullivan and Senator Daniel Inouye, the Democratic Chair of the joint Senate-House Committee:[9]


[Congressman Jack] Brooks: Colonel North, in your work at the N.S.C. were you not assigned, at one time, to work on plans for the continuity of government in the event of a major disaster?
Brendan Sullivan [North's counsel, agitatedly]: Mr. Chairman?
[Senator Daniel] Inouye: I believe that question touches upon a highly sensitive and classified area so may I request that you not touch upon that?
Brooks: I was particularly concerned, Mr. Chairman, because I read in Miami papers, and several others, that there had been a plan developed, by that same agency, a contingency plan in the event of emergency, that would suspend the American constitution. And I was deeply concerned about it and wondered if that was an area in which he had worked. I believe that it was and I wanted to get his confirmation.
Inouye: May I most respectfully request that that matter not be touched upon at this stage. If we wish to get into this, I'm certain arrangements can be made for an executive session.

I just think this is the best video ever.